You can file a ground turkey Salmonella lawsuit if there is evidence to support your claim. Our experienced food poisoning attorneys can help you determine if you have a case and how best to proceed.

We have represented clients in nearly every major outbreak in the U.S. and secured some of the nation’s largest-ever verdicts and settlements. In one of our recent lawsuits against a major poultry producer, we won a landmark verdict on behalf of a child who suffered brain damage after contracting a Salmonella Heidelberg infection from contaminated poultry.

On April 10, 2021, the U.S. Department of Agriculture’s Food Safety and Inspection Service (USDA FSIS) issued a health alert for ground turkey produced by Plainville Brands and sold under the brand names Plainville Farms, Wegmans and Nature’s Promise. But not all illnesses can be linked to ground turkey produced by Plainville Brands, according to the Centers for Disease Control and Prevention (CDC).

During interviews with health officials, outbreak patients reported buying various brand names of ground turkey products from multiple stores. USDA-FSIS says tests on several products were positive for the outbreak strain and that its traceback investigation implicated multiple processing facilities. USDA FSIS doesn’t usually reveal the names of companies that turn up in its investigations unless there are positive test results from unopened packages of product that were purchased by outbreak patients. But this does not preclude consumers sickened by those products from filing lawsuits.

In 2019, a Salmonella Schwarzengrund outbreak linked to Butterball ground turkey, sickened six people in three states. These case-patients, who live in Wisconsin, Minnesota and North Carolina, range in age from less than 1 year old to 71 years old. One of them was hospitalized.

On March 13, 2019, Butterball, based in Mount Olive, NC, issued a recall for 39 tons of ground turkey products sold nationwide. Retail stores including Kroger and Food Lion sold these products in plastic-wrapped trays. They had “sell or freeze by” date of 7/26/18, lot code 8188 and establishment number “EST. P-7345” inside the USDA mark of inspection.

Health officials used Whole Genome Sequencing (WGS) to identify the DNA “fingerprint” of the Salmonella strain that sickened the case-patients in this outbreak. In Wisconsin, officials tested unopened packages of Butterball ground turkey, collected from the home where all four Wisconsin case-patients reside. Results showed the packages contained the outbreak strain of Salmonella. In 2018, a variety of raw turkey products including Jennie-O ground turkey, were the source of a large Salmonella outbreak  That outbreak included 270 illnesses in 41 states, 107 hospitalizations and a fatality in California.

Pritzker Hageman Salmonella lawyers represented several clients sickened in this outbreak including a 5-year-old girl who developed a painful bone infection called osteomyelitis as a complication of her Salmonella infection.

If you got Salmonella from contaminated turkey and would like a free legal consultation, contact us. You can reach our Salmonella Team by calling 1 (888) 377-8900 (toll-free) or texting us at 612-261-0856. You can also use the form below if you prefer.

UPDATED: This post was updated on April 15, 2021 to include new outbreak information. 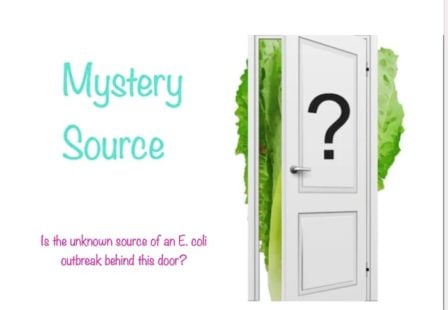