Can I sue FedEx? | Pritzker Hageman, P.A.
Skip to content

Can I sue FedEx?

Yes, FedEx trucks are everywhere at a time when there is ever-increasing pressure on trucking companies to move goods faster and cheaper. Semi-truck crash lawyers at our firm have recovered tens of millions of dollars in damages for out clients. 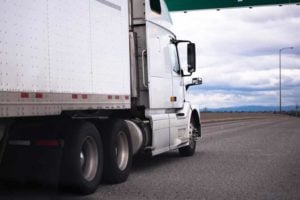 According to the U.S. Department of Transportation, more than 40 commercial carriers in the United States are doing business under the FedEx name. Fedex Ground, FedEx Freight, FedEx Express and FedEx Auto Transport are among the businesses that operate within U.S. commercial trucking regulations.

As an example, you can look at just one of those businesses — FedEx Ground Package System Inc. of Coraopolis, Pennsylvania — to find FedEx trucks from that carrier were involved in more than 680 crashes during a recent two-year period that killed 45 people and injured 641 people. That’s an average of almost two deaths per month at crash sites involving a commercial truck from FedEx Ground Package System Inc., according to the Transportation Department data.

FedEx Freight Inc. of Harrison, Arkansas, has a separate profile kept by the Transportation Department. In a recent two-year period, 26 people died and 261 people were injured in crashes involving FedEx Freight trucks of Arkansas.

U.S. DOT’s Federal Motor Carrier Safety Administration (FMSCA) maintains safety data on each separate FedEx motor carrier, including driver and vehicle inspection results and how often they are found to be out of service. Each FedEx carrier has its own score and some have worse safety records than others.

If you or a loved one need representation to hold FedEx accountable, contact attorneys Fred Pritzker or Eric Hageman for a free consultation. If our truck crash legal team agrees to take your case, they will investigate all facts independently, including the rest history of the truck driver and the deadline pressure he or she was under.

When so much is at stake with your case, our attorneys won’t settle for the crash summaries written by law enforcement personnel. In certain cases, Pritzker Hageman’s large truck litigation team has uncovered critical evidence that contradicts findings in the police report. Juries respect the work.

To get it right, our law firm works in partnership with accident reconstruction engineers and multimedia specialists to demonstrate at-fault truck driving.

According to semi-truck safety information compiled by FMCSA, FedEx drivers logged billions and billions of miles in 2018. In roadside safety inspections, there have been plenty of examples of FedEx drivers and FedEx equipment being out of compliance when it comes to safety regulations.

More people are dying in U.S. truck crashes. In general, speeding, distracted driving, drowsy driving, traveling too fast for conditions and inadequate caution in safety zones cause semi-trucks to plow into passenger cars, light trucks, motorcycles, bicyclists and pedestrians. Our attorneys have handled override crashes, hit-from-behind collisions, t-bone accidents, lane departures and side swipes.  In some cases, 18 wheelers have not been properly maintained or lack life-saving, hi-tech safety equipment. In some cases, drivers have been driving for too long without taking mandatory rest. The big rigs outweigh passenger cars and light trucks by tens of thousands of pounds. Your crash, most likely, was not an “accident.”

A FedEx semi truck caused a historically bad highway crash in 2014 that killed the truck’s driver and nine other people. Facts on the fatal crash of the FedEx semi and California motor coach were published in 2018 by the National Transportation Safety Board (NTSB).

The agency determined that the median crossover crash in Orland, California, was caused by “the inability of the FedEx Freight truck driver to maintain control of the vehicle due to his unresponsiveness for reasons that could not be established.’’