Peterson Company, a distributor of imported cheeses, recalled ricotta salata cheese sold under the Frescolina brand due to possible contamination with Listeria monocytogenes, an often-fatal foodborne pathogen. Peterson had purchased the cheese from Forever Cheese, Inc. and distributed it to retailers and restaurants in Oregon and Washington states between July 17 and September 10, 2012.

At least one of the outbreak victims ate Frescolina ricotta salata cheese distributed by Peterson, according to the FDA recall announcement. Our Listeria lawyers, led by Attorney Fred Pritzker, are representing victims of this outbreak and have filed a lawsuit against Forever Cheese and Whole Foods Market.  Contact Fred for a free consultation here.

The cheese being recalled is ricotta salata, Frescolina brand, cut into 7 ounce pieces, with manufacturer codes 7022, 7212, 7272 and 7432. There is a total of 390 pounds in distribution. Neither Peterson Company nor the FDA lists the retailers and restaurants that purchased the cheese from the company.

If you have been diagnosed with listeriosis after eating any soft cheese, ricotta salata or another variety, contact Fred for a free consultation about your legal right to sue Forever Cheese and others. 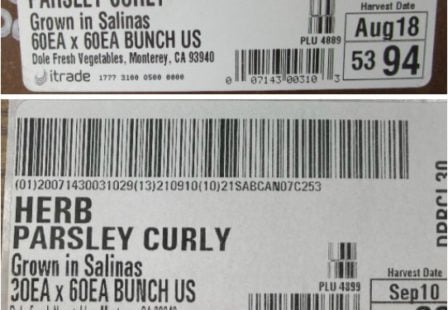