March 3, 2017 Update: There is a listeriosis outbreak linked to Vulto Creamery raw milk cheese that was distributed to some Whole Foods Market stores. People in 4 states were sickened, and 2 of them died: Connecticut (1), Florida (1), New York (3), and Vermont (1). Contact attorney Fred Pritzker for a free consultation: 1-888-377-8900.

Recalls have been issued by Vulto Creamery and Whole Foods, which stated in its press release that no illnesses have been reported. 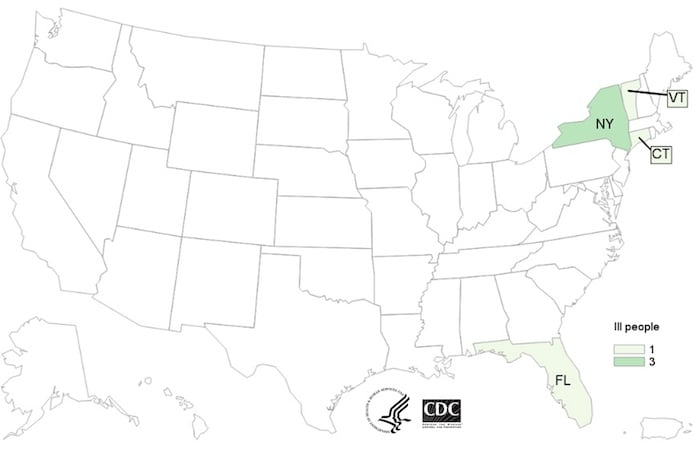 Fred Pritzker, our lead Listeria attorney, filed a lawsuit against Forever Cheese, Inc. and Whole Foods Market on September 17, 2012, putting the companies on notice that the prior recall was inadequate. We are glad to see that the recall has been expanded and look forward to obtaining more information about when, where and how this cheese was contaminated with Listeria, an extremely dangerous pathogen that can cause severe brain damage, primarily from Listeria meningitis, and is fatal in about 15% of the cases. In the Listeria outbreak linked to this cheese, 3 people have died so far. We are representing one of the families, and Fred is available to other families for a free consultation here regarding a Listeria wrongful death lawsuit. Fred and our Bad Bug Law Team represent food poisoning victims throughout the United States.

Given the widespread nature of this outbreak and the fact that the recalled cheese contaminated an unknown number of other cheeses, we expect this outbreak to grow.

The complaint (the document filed to start the lawsuit) alleges that prior to May 27, 2012, Whole Foods processed Frescolina Ricotta Salata cheese that was previously adulterated with the outbreak strain of Listeria monocytogenes by removing it from its original packaging, cutting it into smaller portions, repackaging it for retail sale and relabeling it. Fred has evidence supporting his allegation that other cheeses cut with the same equipment were then contaminated with Listeria.

Fred hopes that this lawsuit will be a catalyst for additional Listeria testing of cheeses and that any other cheeses potentially contaminated with Listeria will be recalled.”

Attorney Fred Pritzker and his Bad Bug Law Team can be reached for a free consultation here regarding a lawsuit for Listeria food poisoning. Pritzker, who recently won $4.5 million for one food poisoning client, is a national food safety advocate. This year he spoke at Harvard Law School, Cleveland-Marshall College of Law and Cornell University.