Each year, about 265,000 people get sick with E.coli food poisoning. Most people will experience symptoms that include bloody diarrhea, vomiting, and severe stomach cramps. Others, including children, older adults, and people with weakened immune systems, are at risk for a life-threatening form of kidney failure called hemolytic uremic syndrome (HUS). E.coli bacteria are found in the intestines of healthy livestock animals (including cattle, sheep, and goats) and shed through their feces. There are several ways that E.coli bacteria can spread from animals to humans:

At Pritzker Hageman, we help bring justice for victims and families who have been affected by E.coli. We have successfully represented people sickened in nearly every major E.coli outbreak for the past 40 years. Our legal successes help drive changes in the industry in order to make food safer for everyone.

Justice for a Young Girl who Contracted E.coli-HUS

In one recent case, our team of E.coli lawyers, led by attorney Fred Pritzker, obtained one of the largest E.coli verdicts in U.S. history on behalf of a young girl who contracted an E.coli-HUS infection from animal contact at a pumpkin patch. As a result of her E.coli-HUS infection, our client suffered a life-threatening illness that caused severe kidney damage. 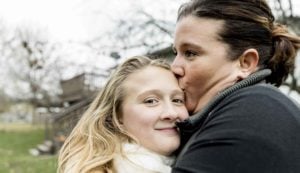 In the fall of 2013, our client and her family visited a Halloween pumpkin patch in Minnesota. The business also offered children the opportunity to pet and feed cows that were being raised on the property. Our legal team’s investigation found that on the day our client visited the pumpkin patch, there were thousands of pounds of E.coli contaminated manure in the enclosure where the cows were kept and on the gate that separated the children from the animals. Our legal team also found that the operators of the pumpkin patch did not provide handwashing stations or any other protective measures to prevent transmission of diseases.

After working with Fred and the rest of our team of E.coli lawyers, our client’s family said, “when Fred had the owners of the pumpkin patch on the witness stand, I felt like he was speaking for me. He was holding them accountable. He was fighting our fight at that point and he did a really good job. Fred said what needed to be said and made my wife and I feel like there was some justice and accountability.”