The first McDonald’s Cyclospora lawsuit in Iowa has been filed by attorneys at the national food safety law firm of Pritzker Hageman. The lawsuit, case number 05201LACV012551, was filed on July 18, 2018, in Iowa District Court in Clarke County on behalf of an Iowa man who is among those sickened in a Cyclospora outbreak linked to salads sold at McDonald’s restaurants. This is the second lawsuit our firm has filed in association with this outbreak.

At least 61 people in seven states have been sickened in the outbreak liked to salads sold at McDonald’s. Cyclospora is a parasite that gets into food via contaminated feces. After the food is ingested, an infection, called cyclosporiasis develops within two to ten days. Symptoms, which include watery diarrhea, abdominal cramping, nausea, fatigue, fever, dehydration, loss of appetite, and weight loss, can last more than two months.

The following is the information originally posted here: “The case patients range in age from 16 to 79 years old, with a median age of 51. The earliest reported onset-of-illness date was May 1, 2018, but the CDC did not announce the outbreak until July 13, 2018. Two-thirds of the case-patients are female. Two people became so sick they needed to be hospitalized.”

According to the lawsuit filed in Iowa yesterday, the plaintiff purchased food from a McDonald’s store in Osceola, Iowa several times in late June 2018. In early July, he began to develop symptoms of a Cyclospora infection. After suffering for several weeks, he was diagnosed with cyclosporiasis. The plaintiff had just started a new job and missed two weeks of work. Some of his symptoms still persist.

The McDonald’s Cyclospora outbreak is not connected with another ongoing Cyclospora outbreak linked to Del Monte vegetable trays sold at Kwik Trip stores. At least 227 people in four states, Minnesota, Iowa, Wisconsin, and Michigan have been sickened in this outbreak.

The Cylospora lawyers at Pritzker Hageman are representing dozens of clients in the Del Monte outbreak. over the years, they have built a successful track record representing clients throughout the country who have been sickened by food contaminated with Cyclospora and have filed suit against food companies and restaurants including Taylor Farms and Darden Corporation, the parent company of Olive Garden and Red Lobster.

To contact our law firm about a Cyclospora lawsuit call 1(888) 377-8900 toll-free or use this online form to request a free consultation. 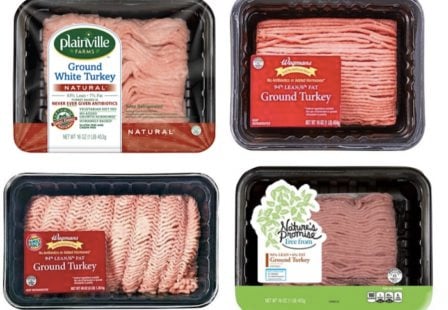