A multistate outbreak of listeriosis that is linked to soft raw milk cheeses made by Vulto Creamery of Walton, New York has killed two people and sickened six in four states, according to the CDC. All six patients were hospitalized. One illness was reported in a newborn baby. Can I Sue for Listeriosis from Raw Milk Cheese?

Yes, you can sue if your case can be linked to the recalled product. Raw milk can be contaminated with pathogenic bacteria such as Listeria monocytogenes, Campylobacter, and E. coli. And those pathogens can survive in cheeses made from the raw milk, particularly if they are soft cheeses. There have been several food poisoning outbreaks linked to raw milk products in the past few years.

Listeria specimens were collected from ill persons from September 1, 2016 to January 22, 2017. The patient age range is from less than one year to 89 years, with a median age of 55. Five of the six patients are female. The outbreak case count by state is: Connecticut (1), Florida (1), New York (3), and Vermont (1). The ill person in Florida told investigators they traveled to New York state and consumed raw milk cheese there. The people who died lived in Connecticut and Vermont.

The outbreak strain of Listeria monocytogenes bacteria was identified in samples taken from three intact wheels of Ouleout cheese collected from Vulto Creamery by the New York Division of Milk Control and Dairy Services during a joint inspection with the FDA. And the Connecticut Department of Public Health collected leftover cheeses from the home of one of the deceased persons and found the pathogenic bacteria.

Epidemiological evidence also connects the raw milk cheeses to the outbreak. The six patients or their families were interviewed about the foods they ate the month before they got sick. All of them reported eating a soft cheese. And cheese made by Vulto Creamery was for sale at stores where at least five patients purchased cheese before they got sick. Officials conducted whole genome sequencing (WGS) on the specimens from ill persons. That test showed that the isolates are closely related genetically, which is another piece of evidence that people in this outbreak got sick from a common source.

Vulto Creamery recalled all lots of Ouleout, Miranda, Heinennellie, and Willowemoc soft wash-rind raw milk cheeses on March 7, 2017. These products were distributed nationwide. Most were sold in the cities of Chicago, Illinois, Portland, Oregon, and Washington D.C. as well as California, the northeastern states, and Mid-Atlantic states.

Pregnant women can suffer miscarriage, stillbirth, and premature labor if they contract a listeriosis infection. And the woman may only have a mild illness or not even know she was sick. Sometimes, these women with listeriosis mistake the symptoms of the illness for the uncomfortable feelings they would naturally experience during pregnancy.

Researchers believe that the mother’s immune system response to Listeria bacteria damage the placenta, which normally acts as a barrier against toxins and pathogens. The bacteria can then reach the fetus.

And sadly, in this outbreak a baby was born infected with listeriosis. 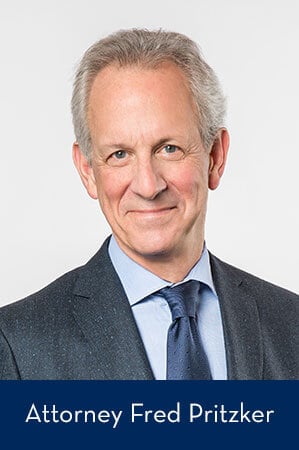 Noted food safety attorney Fred Pritzker, who has represented many sickened in listeriosis outbreaks, said, “no one should buy a cheese at a grocery store, eat it, and then get sick and die. Producers and retailers have a responsibility to sell products that are not contaminated with pathogenic bacteria.”

The symptoms of listeriosis include high fever, stiff neck, severe headache, nausea, abdominal pain, and diarrhea. These symptoms can take up to 70 days to appear after exposure. Pregnant women can suffer serious consequences from this infection. Doctors will often give their pregnant patients preventative doses of antibiotics if they were exposed to Listeria monocytogenes bacteria.

The law firm of Pritzker Hageman is one of a few in this country that specializes in food poisoning lawsuits. Our attorneys have won millions for clients sickened by contaminated food.

If you or a family member was sickened in this outbreak, call us at 1-888-377-8900.  Or you can fill out our free online consultation form. A member of our staff will return your call soon.