Being an E. coli lawyer means that often your clients include people who fought for their lives as their organs shut down. Or, they are the families of those who lost that battle. And that often, too often, the people waging these wars are children. That’s why it’s long past time to make safety practices at petting zoos laws, not recommendations.

Not all strains of E. coli are created equal. Some cause illness that is serious but doesn’t require hospitalization. Others, those that produce Shiga toxins, can cause illness so severe that life-saving measures required include dialysis or blood transfusions. 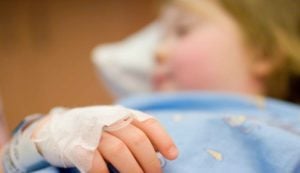 There are two groups of people who are most frequently affected by the most severe kind of E. coli infections: people with compromised immune systems and children. One complication of E. coli infections called hemolytic uremic syndrome (HUS) is a life-threatening form of kidney failure. HUS most often affects children, especially those under five. The target market for petting zoos.

Petting zoos are a well-established source of E. coli poisoning. There have been dozens of outbreaks in recent years. So, the owners of these outfits and the municipalities, counties, and states that incorporate them into their fairs should be fully aware of the risk they pose and take all possible actions to prevent any child from becoming ill. But not all of them do.

The E. coli lawyers at Pritzker Hageman have recovered multiple multi-million settlements for children sickened by E. coli-HUS after visiting petting zoos, including a recent settlement for $7.55 million.

And, over the weekend, the long list of petting zoo tragedies grew again when the San Diego County health department reported that four children were sickened after attending the county fair. The children, who range in ages of 2 to13, developed E. coli infections after visiting animal contact areas or the petting zoo at the county fair between June 8 and June 15. One of the children, Jedidiah Cabezuela, 2, died “from a complication of this disease,” according to the health department’s website.