A confirmed outbreak of HUS E. coli associated with the Oak Leaf Dairy Farm in Lebanon, Connecticut, has sickened at least 14 people. This is the tenth infectious disease outbreak linked to a petting zoo in the United States in the past five years.

In the Oak Leaf farm outbreak, two Connecticut hospital patients have been diagnosed with HUS, or Hemolytic Uremic Syndrome. In all, 14 people who visited the goat farm have been confirmed as case patients of the outbreak, according to an update from the Connecticut Department of Public Health. More illnesses could be linked to the farm as the investigation continues with help from federal partners. 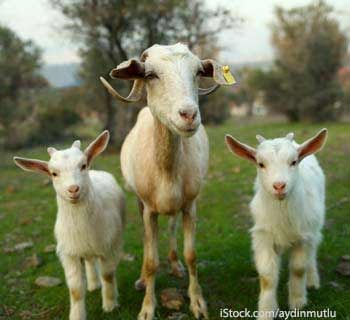 At the very end of March, three people sickened in the outbreak remained hospitalized, including the two with HUS. The Centers for Disease Control and Prevention (CDC) dispatched a team to Connecticut to assist in the investigation of this outbreak.  The CDC team conducted an onsite investigation with state and local agencies, including the Connecticut Department of Agriculture.

A message to consumers on the website of Oak Leaf Dairy acknowledged the outbreak and said on March 31 that the barn is closed until further notice. “We have  been cooperating fully with the regulatory agencies and are awaiting the results of their investigations to determine what may have happened,” the message said.

Raul Pino, Connecticut’s public health commissioner, has been asking anyone who visited Oak Leaf goat farm in March to report their experience. Health investigators are collecting the reports as part of their investigation, regardless of whether farm visitors later suffered any symptoms of gastrointestinal illness.

The outbreak was first identified March 24th when six of seven individuals sickened with E.coli were confirmed by DPH to have recently visited Oak Leaf Farm and in contact with goats on the farm.

According to the CDC, petting zoos and other live farm animal exhibits have been at the center of 10 clearly defined outbreaks of E. coli and other infectious bacteria carried in some manure. In those 10 outbreaks dating back to mid-2011, more than 280 people have been sickened, one has died and nine have been stricken with toxic E. coli HUS.