On December 19, 2014, the CDC warned consumers of an outbreak of Listeria monocytogenes (listeriosis) linked to prepackaged caramel apples. At that time the CDC reported the outbreak involved 29 people in 10 states. Most of the people sickened were adults, but some of were newborn babies and three were children who developed Listeria meningitis. At the time, 5 of the people sickened had died.

We filed our first lawsuit on January 9, 2015, against Bidart Bros. You can join others who want compensation for personal injury and wrongful death. Request a FREE lawsuit consultation: use our free consultation form (click here now) or call 1-88-377-8900.

What about a Class Action Lawsuit?

With a class action, the people that are part of the class need to have suffered very similar harm. This is not the case with this outbreak.

Is Bidart Bros. Responsible for the Caramel Apple Listeria Outbreak?

There is substantial evidence that the source of the outbreak was apples processed by Bidart Bros. of Bakersfield, California. Traceback investigations found that Bidart was a common supplier for the brands of prepackaged caramel apples eaten by outbreak victims: Happy Apples, Carnival and Merb’s Candies.

When the FDA found Listeria monocytogenes bacteria at the Bidart Brothers apple-packing facility, the company issued a recall of Granny Smith and Gala apples shipped from its Shafter, California, packing facility in 2014. This was on January 6, 2015. On January 8, FDA laboratory analyses determined that environmental Listeria isolates from the Bidart Bros. plant were indistinguishable from the 2 strains that sickened people in the outbreak. On January 18, 2015, whole gene sequencing (WGS) found that Listeria isolates from whole apples produced by Bidart Bros., collected along the distribution chain, were highly related to the outbreak strains. Taken together, there is little doubt that Bidart Bros. apples are the source of the outbreak. 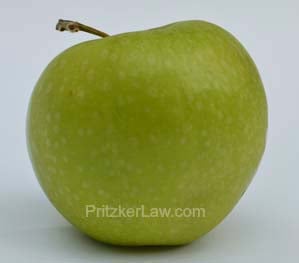